I love timelines. There is a reason detectives use timelines. They are a terrific family history tool too. They really can help make sense of everything.

My experience of dealing with toxic behaviour was that the timeline was this relentless beast, which had appeared to govern our lives, The timeline was effectively in charge.

Keeping timelines has helped me detach a little and understand patterns. Family history is interesting. There can be decades when a family appears to thrive. Then everything might suddenly fall apart within an incredibly short space of time. I found my father’s family particularly astonishing. They were relatively wealthy pillers of the community but over the period of three decades, everything had fallen apart. The death of my GGGrandfather had seemed to be the first step in the downward spiral. Two of the sons had inherited the family business. The next provable big event was WW1. Sadly this had a devastating on the family. In particular my Great Grandfather had lost a son. The family business had collapsed in 1924. My Great Grandfather had sadly killed himself and his brother had ended up dying in the workhouse. I think there was a double whammy, the death of my GG uncle and the economic recession which I understand hit following the war. Sometimes I believe you can blame these family collapses on global circumstances, sometimes local ones and occasionally you might be able to pin them on the arrival of one person in the family(It is possible they are the catalyst rather that at the root of the implosion.) or a single event.

Both in my own family and in the timeline of another family I studied, the 1820s had seen them go from riches to rags. My conclusion was that perhaps everybody was falling victim to the Industrial Revolution 1760-1840). I had even found Cumbrian weavers in one family and upon investigation, discovered the Industrial Revolution had led starving weavers to march to London in huge protests.

Looking at our own timelines can also be incredibly informative. 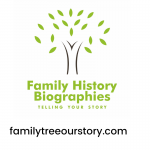